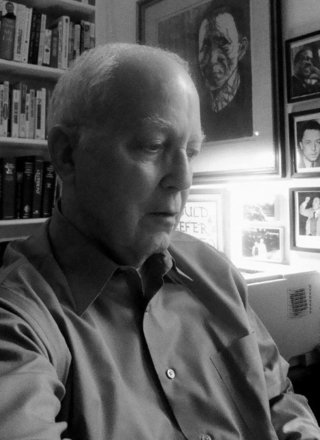 Peter Goldman is an author and journalist living in New York City. He spent most of his professional life with Newsweek as a national-affairs writer, a senior editor, and team leader of a special-projects unit producing major works of narrative journalism for the magazine--among them inside accounts of seven presidential elections.

In his 25 years on staff and 20 more as a contributing editor, Goldman wrote more than 120 cover stories on race, politics, Watergate, criminal justice and other aspects of American life. His projects helped Newsweek win many honors, including six National Magazine Awards--the industry’s nearest equivalent to the Pulitzer Prize. "Goldman," the magazine said in a commemorative issue in 2012, "may have done more to explain America to itself, week in and week out, than any other journalist of his generation."

Reviewers of his ten nonfiction books have called him “shiningly eloquent” (New York Times Book Review), “masterful” (Washington Post Book World), and “perhaps the best writer in American journalism” (Wall Street Journal). His biography The Death and Life of Malcolm X is considered a seminal work in the field. He was the lead co-author of Charlie Company: What Vietnam Did To Us, a New York Times best-seller, and Quest for the Presidency 1992, selected by the Wall Street Journal as one of the five best books on modern presidential campaigns.

Goldman was married for 41 years to Helen Dudar, an award-winning newspaper and magazine writer. In the last year of her life, he edited and published The Attentive Eye, a collection of her journalism. She died of breast cancer in 2002.

An alt-right fringe group called the LadyKillers Liberation Army sets out to assassinate women newly elected to Congress--until Max Christian, PI, and his crew move to stop them. Kirkus Reviews called the book "an exceptional series entry" and added, on their website, "Our Verdict: Get It."

A Trail of Blood

In book four in the Max Christian series, Max and his fellow PI, Nick Testa, set out to rescue a faded French screen goddess from the clutches of a mobbed-up Belgian pimp, who pretends to be her lover when all he wants is her money. Kirkus Reviews called it "an absorbing detective tale with plenty of action and antiheroes." An Online Book Club reviewer hailed it as "a brilliantly executed work of fiction."