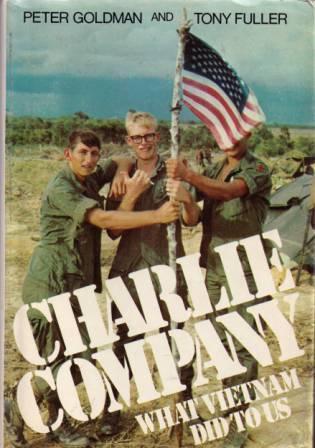 Charlie Company: What Vietnam Did to Us

Starting in the summer of 1981, a team of Newsweek reporters sought out members of a single combat-infantry company to ask about their experiences in the Vietnam war and in the often difficult journey home. The men spoke openly, vividly and passionately, because, as one of them put it, nobody had asked them before.

Charlie Company is their collective memoir, not just of battles fought over meaningless bits of territory but of the embarrassed silence that greeted them on their homecoming—“as if,” another of them said, “everybody was ashamed of us.” Some rebuilt normal lives. Some were barely surviving. A very few lived at the outer edges of the law—and of sanity. One had committed suicide, leaving only his family to tell his story and mourn their loss.

The book hit number four on the New York Times best-seller list in paperback and excited widespread critical praise. The Times said it contained “more truth…than most of us care to take on.” The Washington Post said it “makes much of the rest of the literature on that war seem trivial and evasive by comparison.” Esquire called it “a very fine book, balanced and wise in its attitudes…It is very hard, sad reading, because there is so much suffering in it, so much pain and death and anger.”